Riccardo Quattrini is the new CEO of Cefla

Down in this page you can download the original press release PDF and a picture of Mr. Quattrini

IMOLA, 22 June 2016. Riccardo Quattrini is the new CEO of Cefla. Born in 1967, Mr Quattrini boasts an extensive experience in the industry of woodworking machinery, a career that began back in 1994 and has now culminated in his recent appointment to head Cefla, the company he joined in 2010 after having worked for the Biesse Group and Delmac Group. A graduate in mechanical and management engineering, he attended several training courses at such prestigious schools as SDA Bocconi, Akademy Porsche Consulting GmbH and S&A Change. Since 2015 ha has also been Deputy Chairman of Acimall, the Italian of woodworking machinery and tools manufacturers’ association.
Riccardo Quattrini began his Cefla career as Sales and Marketing Manager of Cefla Finishing, the business unit he would later head as Managing Director. In 2014 he took the helm at Cefla International, an office established specifically to oversee the company’s foreign direct investments.
The Board of Directors appointed him the new General Manager of Cefla, based on his successful achievements and cross-corporate experience.

“I would like to thank the Chairman, the Board of Directors and everyone who has supported me on this journey. I am fully convinced,” statesRiccardo Quattrini, “that it is essential to ensure continuity to the process of integrating the different skills within our company, because “working together” has always been one of Cefla’s fundamental principles. Our main objective is to create employment and profitability, by pursuing excellence and innovation in our products and services. We are working to give Cefla a greater international perspective, to enable it to grasp business opportunities on all continents, as a result of a mindset and skills that have an increasingly global focus. Cefla’s great value comes from its human capital: the investments made in know-how and in the growth of the human resources are thus essential conditions for our development, together with the ongoing improvement in our products and processes.”

Cefla is an Italian company, founded in 1932 in Imola, where it has its head offices and large-scale production facilities. The business is strongly established at international level and can count on some thirty branches (of which about half are manufacturing facilities) in several countries. Cefla does business in four specific areas: Cefla Finishing (machines and plants for coating and finishing); Cefla Plant Solutions (civil and industrial plant engineering for the energy sector); Cefla Medical Equipment (equipment for the dental and medical sectors) and Cefla Shopfitting (shop equipment and customised retail outlet solutions). Cefla’s strength comes from the principles that have been its hallmark since it was founded: strategic vision and long-term planning, investment in technology and innovation, financial soundness. www.cefla.com 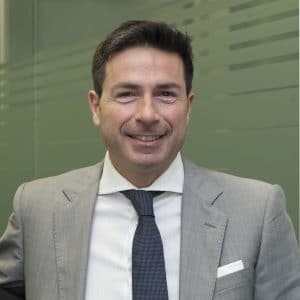